Exactly just over a year ago, the Canadian city of Vancouver attempted to curb it’s blistering housing market by instituting a 15% tax on purchases made by foreign buyers.

Of course, we wrote about this. Our contributor was not particularly impressed with the scheme.  They expressed doubt about the impact of the tax and said things like:

“I think the tax alone is unlikely to make a noticeable impact.”

Making predictions is something we normally abstain from. It is easy to get predictions wrong (especially on this site, as our contributor in change of predictions has the significant handicap of being entirely fictional).  Since we rarely make explicit predictions we rarely have the chance to go back and see if we were correct or not. In the rare occasions where we can, we try to take advantage.

We were unconvinced that the tax would contain Vancouver’s housing market for several reasons. First foreign owners were a relatively small percentage, about 5%, of Vancouver’s total property market. Second, other cities that attempted similar policies, such as Hong Kong, did not see their property markets cool. Lastly, we observed that past price increases had not deterred buyers, and doubted that this one would be any different.

Why we were wrong 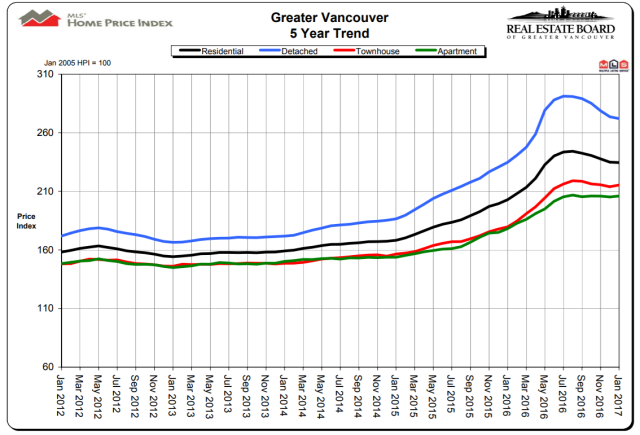 Pretty much immediately after the tax was introduced (black line) house prices in Vancouver noticeably fell, for the first time in several years.  More convincingly in terms of crediting this fall to the tax, prices fell relative to Victoria and Toronto.

There is also evidence that the decline did deter foreign buyers, who were more likely to seek out property in alternative cities, such as Seattle, or Toronto following the tax. Further analysis is complicated somewhat by the fact that Toronto introduced a similar tax earlier this year.

Why we were right 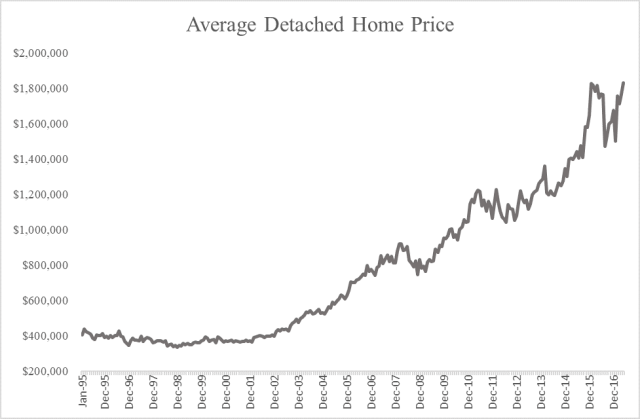 Our relatively imprecise prediction, and the difficulty of ascribing exact cause and effect, make it difficult to give a precise evaluation of how correct (or not) we were. We have decided to give ourselves a B-, not fundamentally wrong, but with some significant missteps. The drop in price was more substantial than we anticipated, the tax certainly seems to have made a noticeable impact. However, the situation remains unresolved, the tax was not sufficient to prick the bubble, and house prices are still higher than they have ever been.

The recent gains may be just the final pump of inflation before the burst. Increased Chinese capital controls,  domestic regulations designed to increase housing affordability, and any number of other economic hiccups could yet trigger a decline in housing prices. Sales, especially of the most expensive homes, declined in September, even as prices increased. If sales fall, prices will soon follow.

Canadian house prices still seem unsustainably high. Economic research firm capital economics, along with the IMF,and OECD are all concerned about a dangerous crash in the Canadian housing market, particularly Toronto and Vancouver.

When writing about the Vancouver housing market last year our contributor ended with the following:

“Vancouver real-estate remains very expensive, and overpriced by most conventional measures. It should be due for a correction.  I’ve been saying that for years now. If I just keep saying it, eventually I’ll be right.”

This remains true. At least for now. When we revisit this next year, will it still be true?

We have no idea.

Why is Flying in Canada so Expensive?

Real Estate Board of Greater Vancouver

The Globe and Mail

[1] From that link I learned that the median income in Hong Kong is an insane $300,000. After a bit more googling, I learned that one can refer to people from Hong Kong as “Hong Kongers” which is unabashedly fun to say. The contributors have been wandering around their offices cheerfully muttering “Hong Kongers” to themselves all morning. Or they would have done if they had offices. Or mouths. –Editor

One thought on “Did Vancouver’s Anti-Foreigner Tax Work?”