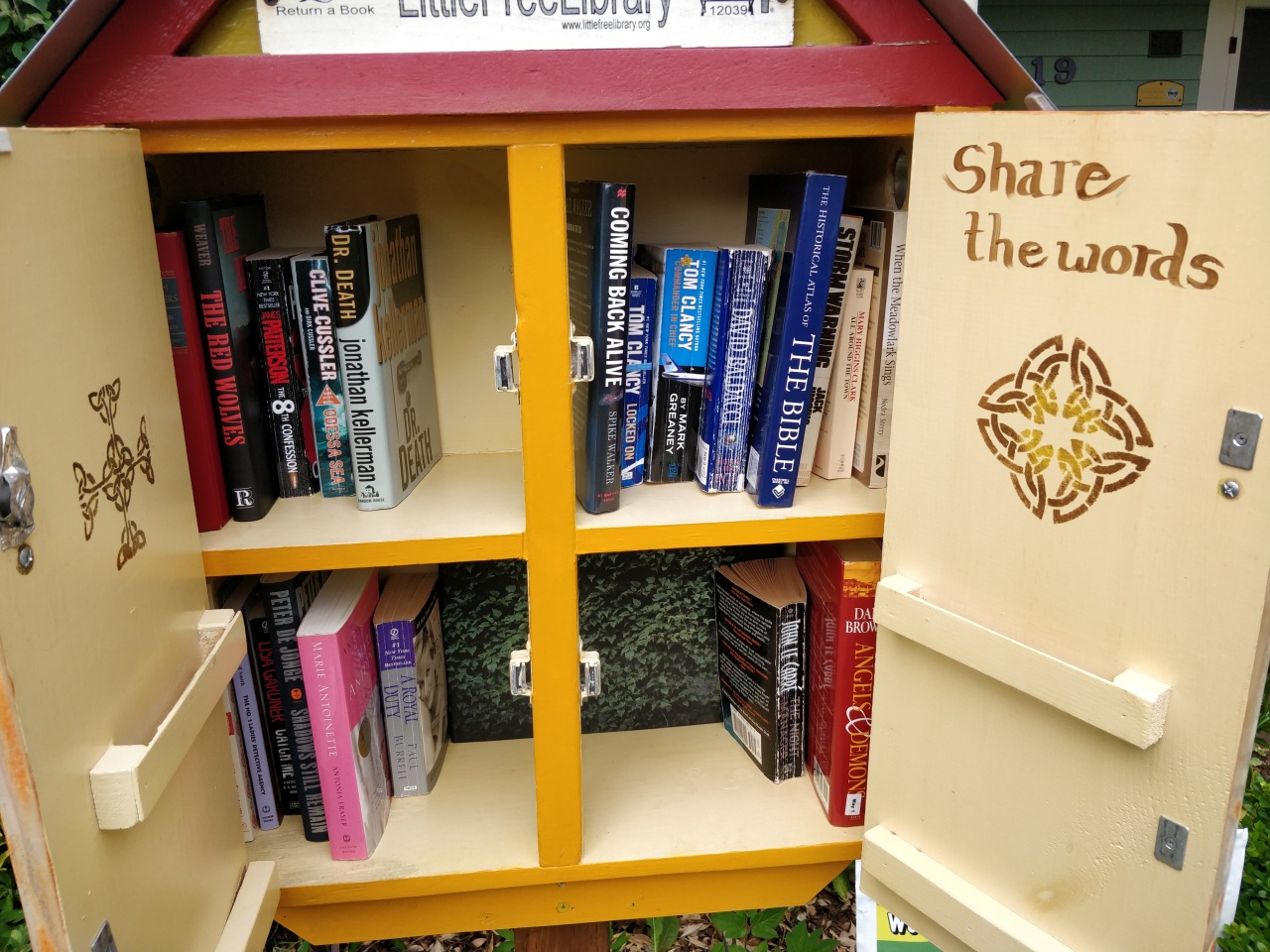 Little Free Libraries[1] are small, typically wooden, structures that liberals put in their front yards. They contain a stock of books, and passersby are free to take books and leave books as they choose.

I live in the sort of neighborhood that has a lot of little free libraries, and I pass them frequently. While most of the PARTYSHEEPHATS contributors use them to communicate, I was keen to investigate them because I’ve always suspected that the quality of the books in these small wooden dispensaries, is, well, less than mediocre.

Less than mediocre, because the good books would be taken, and the books that stuck around, as well as the books deposited, would be the kind of books no one wanted. But after exhaustive research[2] I couldn’t find anyway to verify this theory.

So, I went outside and looked.

Admittedly, this is not the world’s most robust dataset. The process consisted of recording the books that were in a LFL whenever: a) I happened to pass by one b) remembered c) bothered. This meant that the data collection process was a bit haphazard, and the sample was confined to a small geographic area near where I live. All the LFL’s are in the same neighborhood in the small city in the pacific northwest. It is entirely possible there are regional differences in LFLs that are not captured by looking at LFLs that are all within a couple miles of each other.

The process of data gathering involved taking a picture of the LFL and recording the location and date. Sometimes the pictures are bad and not all the books could be determined with perfect accuracy, such is life.

I visited 11 LFLs over a bit less than a month.  I visited each LFL between one and four times depending how near it was to other places I wanted to go[3]. The time between visits varied between 2 days, and 13 days. Two libraries were only visited once.

How to Score Books

To determine the quality of books, there needed to be a way to measure it. Obviously, the quality or appeal of a book is extremely subjective, depending on how poor the readers taste is, so a perfect rating is going to be impossible. I turned to book rating site Goodreads.com. The original idea was to use the rating on that site, but I discovered that all books have the same rating. On a scale of 1-5, pretty much every book is about 3.9. Over 90% of books surveyed that had a rating on the site, were between 3.4 and 4.5. That would be fine, but a bigger problem is it isn’t easy to interpret what the rating means. A relatively high rating might mean a book is of high quality to a very niche audience, but completely worthless to most readers. Consequently, a more muted rating might mean a book has relatively broad appeal but not universal acclaim. These are the highest rated books, none of which I want to read.

Not the world’s greatest literature, perhaps, but at least books that many people have bothered to review. There is substantial nonlinearity in the number of ratings with the top books having millions of ratings, while most books having just a few hundred or couple thousand.

In the end I decided to score books using the following formula.

This considers subjective measure of quality (rating) and a measure of breadth of appeal (number of ratings).

Here is how that shakes out.

While I wouldn’t put any of these on my personal top ten list, they do seem like the sort of books that have a broad and real appeal. The rating system probably favors popular books and classics, which seems better than favoring unpopular books and books people have never heard of. If a random person walked by a LFL looking for a book, these books would likely appeal to them.

How good are the books in Little Free Libraries?

Mostly, not that good. The median score is a 6.54, which makes the median book Me to We.  The average score is 6.25, Sweet Valley University #1 College Girls, is the closest to this at a 6.26.  About 10% of books did not have ratings on Goodreads (which has ratings for an alarming breadth of literary output, including The Complete book of wreaths[4]), and consequently scored a zero. Not surprisingly, the books available in LFL’s tend to score less well than kept books. Based on the quality of the nearest bookshelf I could find-my own[5], the average kept book has a considerably higher average score at 9.97. The LFL’s contain many more poor scoring books. 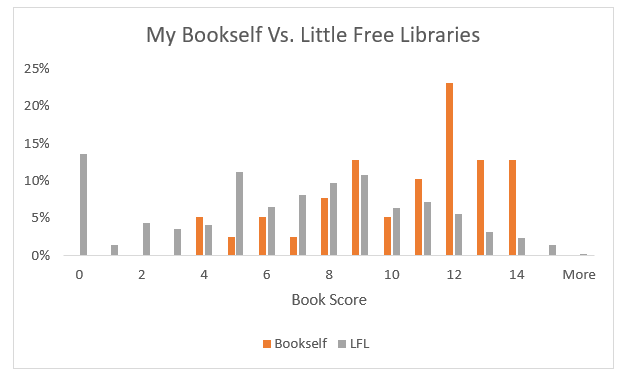 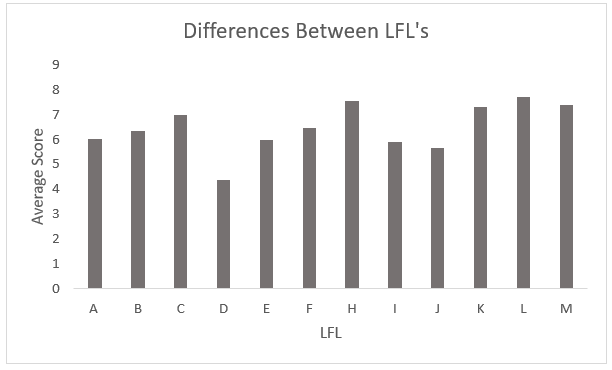 LFL’s vary in size quite a bit, so even though the average score for LFL’s was similar this did not mean that they all offered the same breadth of choices. 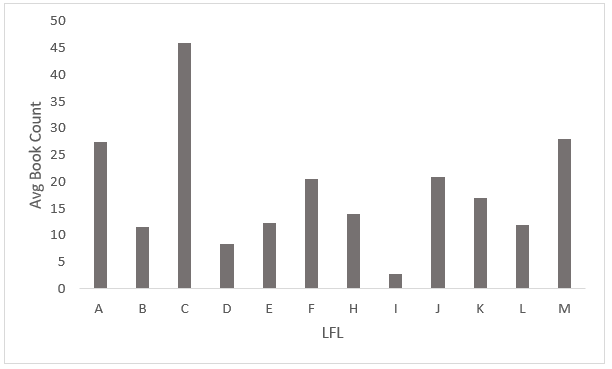 Do the number of books in Little Free Libraries vary over time? 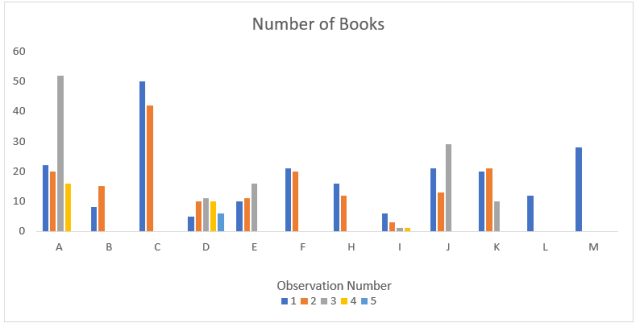 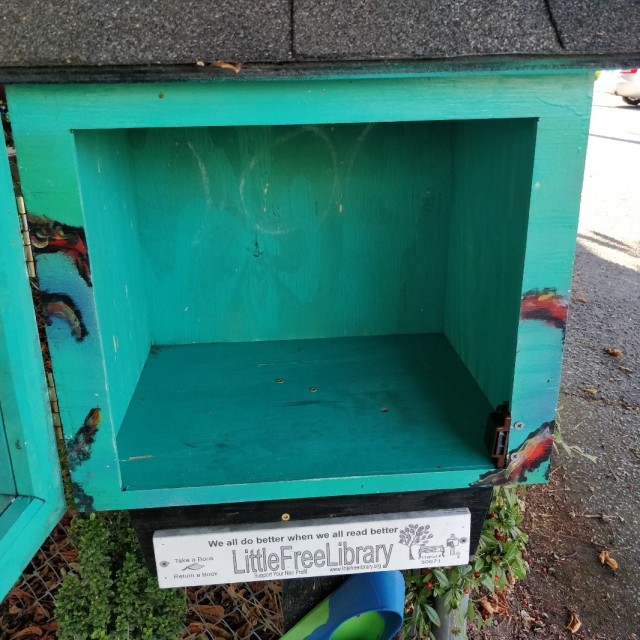 Is an empty LFL an example of success or failure?

In fact, one of them, LFL I declined to the point where it had no books at all.

While most of the LFL’s I recorded were on residential side streets. Two of the LFL’s with consistently smaller book numbers (I and D) were in more heavily trafficked areas. LFL I was across the street from a popular (if mediocre) drive through burger spot. While LFL D was across from a school and just a few doors down from a popular coffee shop and a not that popular bar. More passersby would likely lead to more people taking books out of the LFL, but not necessarily more people putting books in.

Does the quality of books decline over time?

It doesn’t seem to. 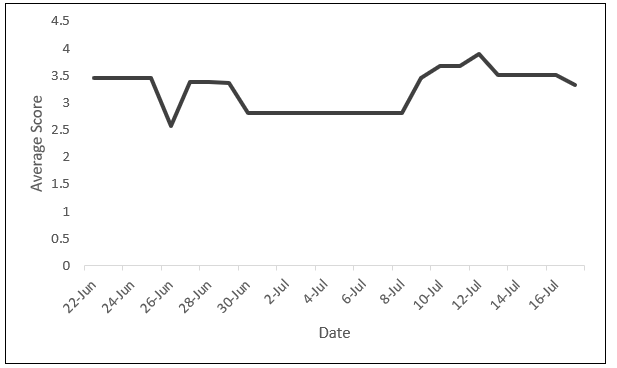 It seems that the average score on any given observed day (flat lines are between observations) is pretty much between 3 and 3.5. With no discernible trend in the few weeks I was watching. Keep in mind that different LFL’s were observed on different dates, so some of the variation could result from that.

It is possible that when a LFL first opens up, it is stocked with books of the owners choosing. The quality of these books is likely different from that in other LFL’s in the area. As the owner’s books are replaced with the books of passersby’s the quality in the LFL likely tends to mirror that of the surrounding LFL’s. This could result in the quality at an individual LFL trending up or down to reach the equilibrium sometime after it opens.

How long do books stay in Little Free Libraries?

Not long. 71% of books that I found in libraries I would visit more than once were not around the next time I visited. There is a subset that seems to stick around though. About a fifth of books stuck around for at least a week or longer. Only 4% of the total stuck around from the first viewing to the last. This seems like good news for the LFLs, at least people are using them and taking the books. There is also some evidence to suggest that higher scoring books stick around longer.

At least in the ones I looked at the books are being taken. Despite their best efforts conducting espionage and pop-quizzes, my fellow contributors have been unable to determine if any of the books have been read. The books given away at LFL’s probably are generally worse quality than books in other settings, such as bookstores, traditional libraries, my bookshelf, or the 1992 Winter Olympics in Salt Lake City[6]. For the most part the libraries maintained their stock of books, and the quality remained constant.

Little free libraries are about as close as possible to being free to the users. Nearly all the costs are paid by the people who decide to have them in their yards. Especially since most people are just going to happen by them, and so won’t be expanding much effort to reach them. They are small enough that there is not much time spent looking, and sometimes they have things worth reading.

The next time you pass one, you might as well take a look.

If you find a printed version of this story in a LFL, that means it was one of the ones I looked at.

Is Scrabble more Equal than Belgium?

Should Developers be required to Include Parking?

[1] There is a technical Little Free Library®  organization, much like Xerox, or Zamboni the name has basically become synonymous with the product.

[3] Namely the coffee shop where I “work from home”.

[4] In the only written review, reader ‘Starbubbles’ looks into if it plagiarizes “Pully’s 1998 classic, The Wreath Book”.

[6] You were likely under the misapprehension that this happened in 2002. Don’t say you never learned anything from this website. 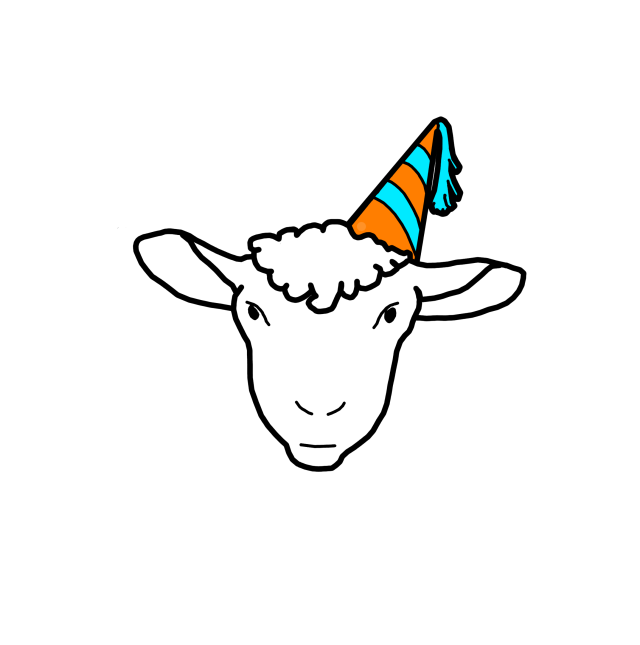 One thought on “Are the Books in Little Free Libraries any Good?”